Unless advised not to by healthcare providers, it is perfectly fine to have sex when pregnant. In fact, intercourse can continue until the child is delivered.

However, libido can decrease due to a change in hormone levels and pregnancy symptoms like breast tenderness.

Physical changes in the body, such as weight gain or back pain, can also lower sexual desire.

Emotions can also have an effect on the sex drive. It’s normal to be concerned about how relationships with a partner may change with the arrival of a child or just be eager with anticipation with the coming addition.

As long as the pregnancy is normal, it is generally safe to engage in sexual relations with a partner.

It’s not unusual to wonder about what can and can’t be done when having sex while pregnant. Here are some of the most common questions asked:

When Sex Should Be Avoided

It should be noted that pregnant sex is absolutely fine as long as the pregnancy is progressing normally. Apart from that, there are other instances when sex during pregnancy should be avoided.

Here are some of the cases where sex isn’t recommended:

A lot of the sexual positions are fine during pregnancy but comfort should be a top priority. Physical changes can affect how sex is to be had and as such, finding the right position is a matter of experimentation.

Oral sex is not off the table as well. However, make sure that air isn’t blown into vagina because a blood vessel might get blocked which can be life threatening for mother and child.

Each trimester brings physical changes that affect the mood for lovemaking. For sex to be pleasurable throughout pregnancy, finding the right sex position is important.

Since the belly isn’t as big in the first trimester compared to later stages, positions like scissors where the female has to lie back provides comfort for both.

The second trimester is marked by a more visible belly. As such, acrobatic positions like doggy style might be more suitable. In case back pain is an issue, the leap frog might work.

A much bigger belly in the third trimester can be an issue during sex. One position that can get it out of the way is spooning, which also takes pressure off the back.

The body will need time to heal after the birth of a child, whether it was delivered vaginally or through caesarian section. As such, it’s best to wait until a healthcare provider says it’s fine to do so.

How long of a wait will that be? Usually, that’s around four to six weeks after giving birth. This is about enough time for the cervix to close, tears or lacerations to heal, and postpartum bleeding to stop.

It’s also normal not to think about sex even after the healing period has expired. If that is the case, there are other ways to be intimate with a partner.

Keep in mind that connections don’t always have to be sexual. Sending sweet messages or making short phone calls to each other are just as effective at maintaining intimacy.

It’s also best to take things slow when sexual desire finally comes back. And always use a condom, unless the plan is to conceive another child.

Sex is a natural act between partners, but patience must be exercise during and after pregnancy. It might take a while for sexual relations to get back to normal but there are other ways to maintain intimacy. 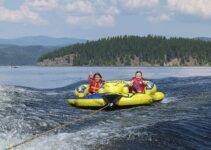 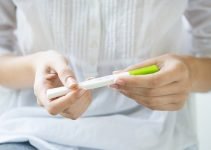 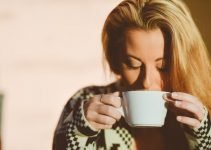