For couples interested in conceiving a child, they might be looking into the different methods available to try and influence or predict the gender of the baby. One such method has been in use for centuries and is still quite popular.

I’m talking about the Chinese gender chart or gender predictor. It has also been referred to as the Chinese Pregnancy calendar or Chinese Conception calendar. This chart has been in use for over 700 years in China. It supposedly originated from a birth chart that was found in a Chinese royal tomb in Beijing.

It is considered to be the oldest known method for predicting the gender of a baby. It is believed that the Chinese created the calendar in order to increase the amount of male children born in the country. In China, male children are preferred over female children, especially in ancient times when workers were needed for food production, construction and to fight as soldiers.

DISCLAIMER:The accuracy and effectiveness of the chart has been disputed over the years, with little scientific evidence showing that it works, so it is recommended that the chart be used for fun only, and not as a serious tool to influence or predict the gender of your child.

How Does It Work

The chart works by allowing the couple to time intercourse during a specific month for optimal chance of conceiving either sex. The month is calculated by the age of the female according to the Chinese lunar calendar. For example, a woman who is 22 years old who would like to conceive a male child should try to conceive a child in February, March, May or August for their best chance of giving birth to a male baby.

Note that it is critical to first determine your age according to the Chinese lunar calendar before using the chart, otherwise you won’t get the correct months. On the Chinese lunar calendar, when a baby is born, she is already 1 year old. Then after each Chinese New Year passes, another year is added to that number, regardless of what month or day you were actually born.

Below is our online calculator whic allows you to calculate your Chinese lunar age and predicted child gender quite easily, in accordance to the Chinese Gender Calendar.

Once you know your age according to the Chinese lunar calendar, you can also look up that age in the Chinese conception calendar and then see the list of months and what sex of child is most likely to be conceived in that month.

Using a Chinese Gender Prediction chart or tool can be a fun way to try and predict the sex of your baby or to try and influence its sex by calculating the best month to conceive. No matter what sex your child turns out to be, remember that having a healthy baby is the best blessing of all. 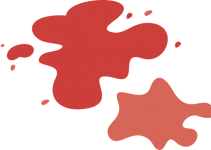 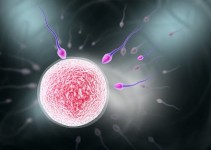