When a woman experiences bleeding during pregnancy, it can be very scary. If this is happening to you it might not be a sign of trouble, but you should still take it seriously.

It is common for women to bleed during the first trimester of pregnancy, from week one to twelve, and in most cases they go on to have healthy babies.

At times, this type of vaginal bleeding could indicate an impending miscarriage or some condition that requires immediate treatment.

If you understand the most common causes then you will know exactly what to look for as well as when to consult your health care provider.

Causes of Bleeding During Pregnancy

You can notice this type of bleeding frequently during the first trimester of pregnancy and it may not mean anything. However, bleeding during the second and the third trimester could indicate a possible complication.

There can be many reasons for you to bleed at this time, so we will take a look at some of the causes at different stages of pregnancy.

During the First Half:

Bleeding commonly occurs during the first half of pregnancies, in about twenty to thirty percent cases. It could occur because of the following complications:

Miscarriage: The bleeding could indicate a miscarriage, but it does not mean that one is imminent. Studies show that approximately fifty percent of pregnant women bleed but they don’t have miscarriages [1].

Some of the miscarriage signs include vaginal bleeding, tissue passing through the vagina, and cramping pain in the lower stomach.

Molar pregnancy: Often called a mole, this type of pregnancy happens when abnormal tissue grows rather than an embryo. Molar pregnancies rarely lead to early bleeding, but you could still look out for the signs.

Ectopic pregnancy: This type of pregnancy occurs when implantation of the embryo takes place at the site other than the uterus, like the fallopian tube. Ectopic pregnancies are much less common than miscarriages.

Some of the signs include cramping pain in the lower stomach, low hCG levels, sharp pain within the abdominal area, and vaginal bleeding. You’ll have a higher risk if you have had an early ectopic pregnancy, infection in the tubes, and pelvic surgery.

Certain infection: Some infection in the urinary tract or pelvic cavity can cause bleeding during pregnancy.

You should know that you could also bleed after intercourse when you are pregnant because your cervix is very sensitive and tender. If this happens, you should not engage in any intercourse before consulting your doctor.

During the Second Half:

Some common minor bleeding conditions include cervical growths or inflamed cervix. Late bleeding can pose a threat to your health or your fetus.

You should contact your doctor if you are experiencing any form of bleeding during the second or third trimester.

Placenta Previa: This will happen if the placenta is low inside the uterus partially or fully covering up the internal os of the cervix. It’s a serious matter that requires immediate medical care. The bleeding often happens without pain and it occurs within one in two hundred pregnancies [2].

You will be at higher risk for this condition if you already have children, carry triplets or twins, a cesarean birth, had or other surgery in the uterus.

Placental Abruption: The bleeding can occur if the placenta detaches from the uterine wall prior to or during labor. Research shows that this problem only affects one percent of pregnant women, usually in the last twelve weeks of pregnancy [3].

Some of the signs include stomach pain and bleeding. You will be at higher risk if you already have children, thirty-five years or older, have high blood pressure or sickle cell anemia, or injuries or trauma to the stomach.

Preterm Labor: Bleeding in pregnancy might be a sign of labor. The mucus plug might pass as much as a few weeks prior to the start of labor and this usually contains a small amount of blood and mucus. If it happens earlier than it should, you might be having preterm labor and must see your doctor immediately.

Some of the pregnancy symptoms that you could experience before your 37th week include bloody, mucus, or watery vaginal discharge, duck pain in the lower back, lower or pelvic abdominal pressure, regular uterine tightening or contractions or stomach cramps without or with diarrhea.

It doesn’t matter when you experience bleeding during pregnancy, you should contact your midwife or physician to know what is going on.

You need to be prepared to give answers to detailed questions about the timing, amount and color of the blood for the health care provider to determine what is causing the problem.
Image: Pixabay 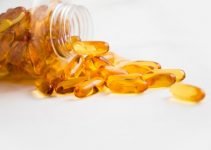 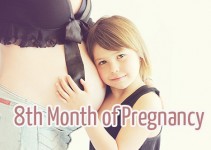