For women, knowing about the female reproductive health is important since it deals with the reproductive system, its functions and possible abnormalities that can affect ovulation, menstruation and a woman’s capability of getting pregnant and conceiving a child.

While other women have healthy reproductive systems and get pregnant easily and without difficulties, there are those who find it difficult to conceive, particularly those with irregular menses or menstrual periods.

There are several reasons behind abnormal menstruation or irregular periods, with some not menstruating for months (amenorrhea) and others suffering from heavy and longer periods (menorrhagia).

When it comes to pregnancy, ovulation and menstruation work together. Without ovulation, it is not possible to get pregnant. The question however is this. Can a woman of age who does not have menstrual period ovulate? In some instances, it is possible, particularly for women who have irregular menses.

Sounds complicated? Let us discuss about ovulation, menstruation, conception and pregnancy to get our answers.

What do you need to know about ovulation and conception?

Normally, a woman who is not taking hormonal birth control pills will ovulate on the 2nd week or 14th day if she has a 28-day cycle.

That said, this can vary, depending on the menstrual cycle of a female. More accurately, for a 28-day cycle, ovulation can occur any day, from the 11th to 21st day of the cycle.

Women are born with around 2 million eggs in their ovaries but the number diminishes with age. In each cycle, 15 to 20 eggs grow inside fluid-filled sacs called follicles in the ovaries. One of the follicles ruptures and releases ovum that is picked up by fallopian tubes, rest of them undergo atrophy.

This is known as the ovulation period. When the egg leaves the follicle, the latter then turns into corpus leuteum, which then releases a hormone called progesterone to prepare the uterus for the egg, by thickening the inner uterine lining or endometrium.

After the mature egg leaves the follicle, it travels to the fallopian tube and sits there for about 24 hours until a sperm comes to fertilize it. If no fertilization occurs, the egg goes to the uterus and disintegrates.

Estrogen and Progesterone levels drop and the lining of the uterus sheds which results to the monthly period.

Conversely, if a sperm is able to fertilize the egg, it stays in the fallopian tube between three and four days but within 24 hours of fertilization, the egg divides into several cells, attaches itself to the lining of the uterus via a process known as implantation on the 5th day of fertilization..

As mentioned earlier, if no fertilization takes place after ovulation, the endometrium becomes thin by sloughing off and is then discharged through the vagina. This is what is known as menstruation and is composed of the uterine lining, cervical mucus and some blood.

These two are related since normally, after ovulation and in the absence of fertilization, menstruation occurs.

But there are instances when a period occurs even without ovulation but this is not usually considered true period since this can be a result of abnormalities in the reproductive system, such as uterine fibroids and hormonal imbalance, among other factors.

On the question whether it is possible to ovulate without a menstrual period, the answer is yes.

The simplest explanation to this is that the egg to be fertilized during ovulation is released between 12-16 days before a menstrual period, thus, becoming pregnant without menstruation can technically happen.

Women who suffer from amenorrhea or those who do not menstruate because of certain factors, such as breastfeeding and low birth weight, also have the chance of getting pregnant since these conditions can disrupt the ovulation period.

With no certainty on the days included in the ovulation period, getting pregnant is possible. This is also why it is important to take a pregnancy test if you think you have ovulated and your period has been delayed for about two weeks.

So, Is Ovulation without Menstruation Possible?

Yes. Although ovulation occurs after menstruation, it can still happen with pregnancy as a result. Sometimes, scarring of the uterus can also mean not having your period but still ovulating.

During pregnancy, a woman will not menstruate. Conversely, in cases of uterine scarring, there can be no menstruation for some time. This can be a result of a medical procedure, D & C, Caesarean section or an underlying condition related to the reproductive system.

Once there is uterine scarring, there will be no buildup and normal thickening of the endometrium. Consequently, there is a big possibility that there will be no menstrual period with ovulation still occurring.

What are the signs of ovulation?

One of the overt signs of ovulation is the consistency and texture of the cervical fluid during your menstrual cycle. If it has a sticky and stretchy texture, you are ovulating. Another way of knowing if you are ovulating is by monitoring your basal temperature.

It is usually consistent before ovulation but during this period, there is a slight increase in temperature. Other signs include breast tenderness, increase in sex drive and abdominal bloating.

Whether you are planning to conceive or not, it’s essential to understand how the female reproductive system works. More importantly, you should consult a medical doctor if you have questions about reproductive health. 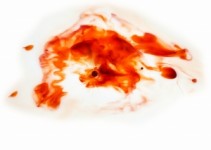 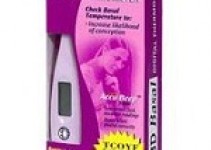