For those of you who don’t know, amenorrhea is the medical term for the absence of menstrual bleeding for more than 6 months in the absence of pregnancy in a woman of fertile age.

It can either be permanent or temporary, and it is classified into two types: primary and secondary.

A women’s menstruation cycle can be affected by a number of internal factors that can cause missed menstrual periods. Factors such as a change in hormonal levels, stress, and illness as a result of external or environmental factors can have an influence on menstruation. Missing one period is not necessarily a sign of a serious medical condition; however, a longer duration of missed periods or amenorrhea can indicate the presence of a more serious condition.

Amenorrhea can be caused by an abnormality in the hypothalamic-pituitary-ovarian axis, anatomical abnormalities of the genital tract, or due to functional causes.

One common cause that is often overlooked in young females is an undiagnosed pregnancy. In this case, amenorrhea is a normal physiological function.

The obvious symptom of amenorrhea is the absence of menstrual bleeding by the age of 16 or the absence of three consecutive cycles in a woman who previously did have a menstrual cycle. Amenorrhea is often a symptom of an underlying disorder rather than a medical condition in itself. However, additional symptoms may also be present depending on the disorder affecting the amenorrhea.

It is important to recognize the symptoms associated with amenorrhea in order to know when it is vital to seek medical care. It is advisable to consult a healthcare professional if experiencing primary or secondary amenorrhea not related to pregnancy or menopause in order to investigate possible serious underlying conditions that may persist.

Diagnosing amenorrhea requires documentation of present symptoms as well as any other medical conditions that may be associated with them. A physical and pelvic examination is also included. Depending on the results of the medical history and physical exam, further diagnostic tests, such as blood tests, may be ordered to find the potential cause of the amenorrhea.

Additional imaging studies, such as ultrasounds, X-rays, and CT or MRI scans, may also be recommended to certain patients.

Treatment for amenorrhea is often determined by the specific underlying cause. For some women whose nutritional deficiency or weight has affected their menstrual cycle, treatment may include incorporating a properly balanced diet, restricting fatty foods, or performing a moderate exercise routine. Simply maintaining a healthier lifestyle by avoiding alcohol consumption and cigarette smoking may also be a treatment suggested for certain individuals.

Some treatment for amenorrhea can be managed by medical therapies depending on the condition involved. For example, dopamine agonists, such as bromocriptine or pergolide, are effective in treating women with hyperprolactinemia by reducing elevated prolactin levels. These treatments help restore normal ovarian endocrine function and ovulation.

Hormone replacement therapy using estrogen and progestin is used as a treatment option for women with estrogen deficiency as a result of depleted ovarian function to mediate unpleasant symptoms and prevent complications associated with low estrogen levels. Metformin, a drug that has been used to treat women with polycystic ovary syndrome to induce ovulation, may also be a viable treatment option.

Additionally, oral contraceptives may be prescribed as a treatment in some cases to restore the menstrual cycle and provide estrogen replacement to women with amenorrhea who want to become pregnant. Some pituitary and hypothalamic tumors may also require therapy and, in some cases, radiation therapy. Surgical procedures may be required for other causes of amenorrhea such as genital tract abnormalities

Amenorrhea is not a life-threatening condition, although it may signal other underlying serious conditions. For this reason, it is imperative to seek medical advice when experiencing amenorrhea to rule out potential serious causes. Maintaining a healthy lifestyle and weight are important factors in maintaining a regular menstrual cycle. The prognosis generally depends on the actual cause of the amenorrhea and the treatment available. 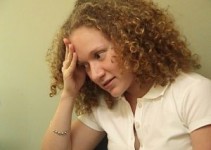 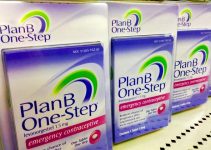 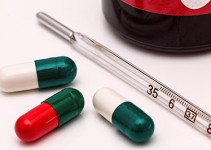