While it’s common to bleed after having sex for the first time, vaginal bleeding after intercourse happens to about 9% of women. The reason this occurs can be traced to not using enough lube, but it can also mean that something more serious is looming.

This begs the question: how to know when to give the vagina a break and when to see the doctor.

What Causes Vaginal Bleeding After or During Sex

It is a fact that sex is messy given all the fluids involved when two bodies collide. However, blood is not exactly the fluid that should normally be present after having done the deed. Then again, bleeding from the vagina during sex is often no big deal; however, there are occasions when it signals a health problem thus needs to be addressed.

Before discussing the negative aspect to postcoital vaginal bleeding, let’s look at the reasons for seeing red after having sex:

The cervix is the narrow, tube-like tissue that connects the uterus to the vagina, and it’s the common culprit for postcoital bleeding. One of the common issues associated with the cervix is called cervicitis or cervical inflammation, which can be caused by sexually transmitted diseases such as chlamydia or gonorrhea.

Another associated reason are cervical polyps, which are small growths that appear on the cervix that aren’t usually cancerous and can be removed by a doctor.

Here are other causes of vaginal bleeding after sex:

Infections such as cervicitis, vaginitis, pelvic inflammatory disease, and sexually transmitted disease cause inflammation of vaginal tissues which then lead to bleeding.

This can be due to a number of factors, such as breastfeeding, childbirth, removal of ovaries, certain medications (for colds, asthma, anti-depressants, and anti-estrogen drugs), chemotherapy and radiation therapy, douching, chemicals (especially those found in feminine hygiene products, pools, and laundry detergents), and having sex before becoming fully aroused.

Rough sex can cause vaginal cuts and scrapes. It is a lot likely to happen because of vaginal dryness caused by breastfeeding, menopause, or other factors.

Once known as vaginal atrophy, this is a condition in women who are in perimenopause or menopause as well as those who had their ovaries removed. The body produces less estrogen as women get older and even more so when menstruation stops coming.

Estrogen is the hormone needed to regulate the reproductive system, and lower levels of it affect the vagina in several ways, including less production of vaginal lubrication leading to the vagina being dry and inflamed.

These are non-cancerous growths found on the cervix or in the uterus’ endometrial lining. A polyp can be described as a round pendant dangling from a chain. Movement of polyps irritates the surrounding tissue and can result in the bleeding of small blood vessels.

One of the most common symptoms of cervical or vaginal cancer is irregular vaginal bleeding, especially when it happens after sex. This was the symptom that led 11% of women diagnosed with cervical cancer to seek treatment. In addition, post-menopausal bleeding can be a sign of uterine cancer.

It’s important to remember that most of the causes of post-sex vaginal bleeding are not serious, but there are some that point to a more serious problem.

Some Women Are at a Greater Risk for Bleeding After Sex

Vaginal bleeding will happen to women at a certain point in their life, but the risks are higher for women who:

When Should Postcoital Bleeding Be a Cause for Concern?

Occasional bleeding after sex, especially if it’s minor, is no cause for concern. However, those who are particularly concerned can visit their doctor to make sure everything is fine. A physical exam is the only way to determine if there truly is a problem or not.

Vaginal bleeding after sex before the arrival of a menstrual period or a few days after is quite normal, especially if it doesn’t happen again. If this is the case then calling a doctor for an appointment can be held off.

It’s also alright not to visit the doctor after getting a pelvic exam, a Pap smear, or a clean bill of health. Otherwise, it’s best to see a doctor to rule out any infections or something more serious.

It isn’t normal for women who have gone through menopause to bleed after sex. Setting an appointment with a doctor to rule out issues such as cervical cancer and endometrial cancer should be done as soon as possible.

Consult a doctor when you experience the following symptoms:

Identifying the Cause of Postcoital Bleeding

Post-intercourse vaginal bleeding is a symptom of several conditions. It is important t rule out vaginal and cervical cancer first through a Pap smear or biopsy. Doctors will refer patients to a specialist in case cancer is indeed found.

On the other hand, other tests can be performed to determine the source of vaginal bleeding, and these include:

Doctors can only suggest a treatment after they have determined the cause of postcoital bleeding. Treatments can be any of the following:

While spotting after sex will clear up on its own, there’s nothing wrong with seeing a doctor to rule out anything serious. That said, it’s also best to see a doctor if bleeding occurs during the postmenopausal stage. 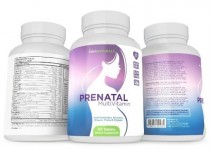 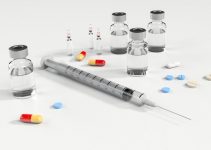