Cervical cancer is cancer arising from the cells that line the cervix. The cervix, sometimes called the uterine cervix, is the lower, narrow end of the uterus that connects the vagina to the body of the uterus.

Cervical cancer is one of the most common cancers in women throughout the world, it can be prevented through routine cervical cancer screenings and awareness of its symptoms. Cervical cancer has a high rate of treatment success if diagnosed early.

While the early stages of cervical cancer rarely produce noticeable symptoms. As cancer grows women may notice a variety of unusual symptoms that are associated with cervical cancer.

These signs and symptoms can also be caused by other medical conditions, but if you experience any of these symptoms it is important to see your doctor right away. Brushing off symptoms can allow for the cancer to progress even more and lower your chance of a successful treatment.

HPV is a sexually transmitted virus, and although there are many types of HPV not all of them cause cervical cancer. HPV can cause cervical dysplasia, or the abnormal growth of cervical cells, which can become cancerous.

Other causes and risk factors that are associated with cervical cancer include having multiple sexual partners, smoking, birth control pills, and early sexual contact.

Cervical cancers and pre-cancerous cells can be identified by looking at them under a microscope. Most cervical cancers are squamous cell carcinomas that are formed from the cells in the exocervix, where they begin the transformation.

Another common cervical cancer is adenocarcinoma, which is developed from the mucus-producing gland cells of the endocervix. This type of cervical cancer has become more common in recent years.

A rarer form of cervical cancer is called adenosquamous carcinomas, which has features of both the squamous cell carcinomas and adenocarcinomas.

One method of cervical screening is the Pap test, which detects abnormal cells in the cervix that have the potential of developing into cancerous cells.

Women should get a Pap test starting at the age of 21 and continue with routine screenings. The Pap test is one of the most reliable and effective screening methods available for cervical cancer, and they can be administered during yearly OB-GYN exams.

While the Pap test is highly effective, it may not detect certain cases of abnormal cells in the cervix. In this case, the HPV test can screen women for the high-risk HPV strains that can develop into cervical cancer. During a Pap test, the doctor will examine the vagina and cervix to collect a few cells and mucus for testing. The doctor may also perform a pelvic exam and check the uterus and ovaries to make sure that there are no issues.

The Pap test is recommended for all women between the ages of 21 and 65 [2]. HPV tests are available for women who are 30 years old or older.

There are different treatment options available for women with cervical cancer depending on the size of the tumor and whether cancer has spread.

Treatment choices can also depend on whether the woman would like to become pregnant at some point in the future. Treatment options available include surgery, radiation therapy, chemotherapy, and a combination of treatment methods.

Surgeries can include a hysterectomy and removal of pelvic lymph nodes with or without the removal of the ovaries and fallopian tubes. Hysterectomies make it impossible to have children in the future, but they are not always necessary if the cancer is found early enough.

Chemotherapy may be used to shrink or kill the cancer cells. And radiation can be used to eliminate cancer through the use of high-energy rays.

Choosing the right treatment depends on the type and stage of cancer, so it is best to consult with your doctor on which treatment option is best for you. 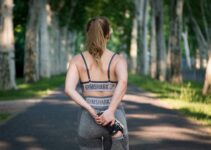 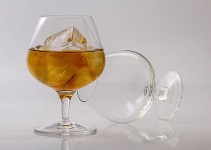 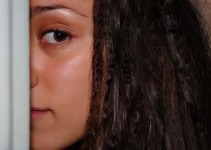