Chlamydia is one of those dreaded words no one ever wants to hear come out of their doctor’s mouth. As embarrassing as the diagnosis can be, chlamydia is, in fact, one of the most frequently reported sexually transmitted infections in the United States [1], and even more cases are left undiagnosed due to the nature of the disease sometimes being asymptomatic.

Since chlamydia can affect a women’s reproductive system if left untreated, it is important to get tested for the infection if you feel you might have contracted it.

What is chlamydia and what are the symptoms?

Chlamydia is a sexually transmitted disease (STD) that is passed through sexual contact and is caused by an infection known as Chlamydia trachomatis. You can get chlamydia through any contact with the penis, vagina, mouth, or anus of someone who is infected, and ejaculation does not have to occur for the disease to be transmitted [2]. Chlamydia can also be transmitted from a mother to her baby during childbirth. [3] For women, chlamydia can cause signs of cervicitis as the bacteria initially will infect the cervix and sometimes the urethra. Signs of a possible infection include pain or bleeding during sex, bleeding between periods, nausea or fever, and abdominal or lower back pain.

Most infected people are asymptomatic and do not exhibit any symptoms to go along with the infection, which is why it is important to get tested. Chlamydia infections left untreated can result in serious health issues such as pelvic inflammatory disease, cervicitis, and urethritis. [3]

So how does chlamydia affect the menstrual cycle?

Since chlamydia infects the reproductive organs of the body, the disease can have adverse effects on a woman’s reproductive processes. Chlamydia normally won’t cause a direct effect on your period, such as delayed and missed periods, but it can cause other health issues that can cause irregularities in the menstrual cycle.

Untreated chlamydia can result in a blockage of the fallopian tubes. This can cause infertility and increase the risk of ectopic pregnancy. It’s possible that your period might be heavier as a result of the infection as well, and the possible stress and anxiety surrounding the disease may also result in a delayed period cycle.

Women who have chlamydia and have not been diagnosed are at risk of seriously damaging the fallopian tubes and ovaries, which play a significant role in the reproductive processes of the body and fertility.

The infection can cause damage to the fallopian tube cilia, which help maneuver the egg from the ovaries to the womb. The blockage of fallopian tubes can lead to permanent infertility. Women can also suffer from scarring as a result of the infection, which further increases the risk for ectopic pregnancies that can be extremely dangerous for the mother and baby.

Chlamydia can also indirectly affect the menstrual cycle. It causes pelvic inflammatory disease which is a bacterial infection of the womb and fallopian tubes brought on by untreated chlamydia, and common symptoms of this disease include vaginal bleeding, i.e. heavy periods, bleeding or spotting between periods, and bleeding during sexual intercourse. [5]

Any differences in your menstrual cycle associated with the symptoms of pelvic inflammatory disease might be an indication of a possible infection, so if you are experiencing heavier than normal periods along with the signs of PID, you may want to consult a doctor just to be safe.

Pelvic inflammatory disease can also lead to pregnancy difficulties and infertility, as well as an increased risk of ectopic pregnancy and chronic pelvic pain.

Chlamydia may be deceptive in its asymptomatic nature, but its risks are heavily weighted. Untreated chlamydia can cause a number of health issues resulting in serious damage to a woman’s reproductive processes, sometimes permanently. Pregnant women who have chlamydia can transmit the infection to their newborn babies, putting the infant in considerable danger and causing a high risk of complications after birth.

So what should you do?

Practicing safe sex is extremely important in preventing sexually transmitted diseases, as well as routine screenings of the disease. Anyone who is sexually active is at risk of contracting chlamydia, and women who are with a new partner or who have had multiple partners should especially consider getting screened. Wear a condom, as birth control pills do not protect against sexually transmitted diseases, only pregnancy.

The good news is that chlamydia can be treated, commonly with a prescription of antibiotics and instructions to refrain from sexual intercourse until the antibiotics are completed. It is also important to keep in mind that repeated infections are common, so if you’ve had chlamydia before, you should be extra cautious when it comes to sexual intercourse.

All women should be screened for chlamydia since they might be harboring the organism without even knowing it, putting themselves at risk for possible health complications in the future.

Click here to order an at-home test for Chlamydia & Gonorrhea!

While changes to the menstrual cycle are not a clear indicator of chlamydia, heavy bleeding, intermittent spotting, and vaginal bleeding during sex can be a warning sign of an underlying issue. [6] 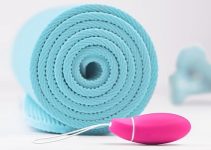 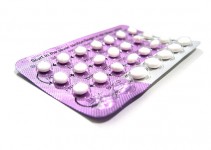 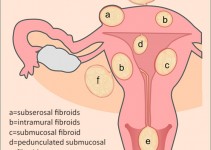