Fertility in women and men can be a fragile thing and it often surprises hopeful parents to find out that activities they considered harmless are actually lowering their chances to conceive.

One of these activities is that of smoking marijuana. While it’s entirely possible for those who smoke marijuana to conceive, studies have shown that the herb does have a significant effect on fertility.

Smoking marijuana has been found to make sperm less fertile and this effect is true whether it is the male or female doing the smoking. The presence of marijuana effectively makes the sperm “high” and causes them to be hyper.

This hyperactivity leads to the sperm being too fast too soon and therefore missing their opportunity to meet the egg and fertilize before they burn out.

While plenty of men who smoke marijuana have fathered children, they’re probably among those who are relatively more fertile than others, as marijuana-smoking men were found to have lower volumes of semen overall.

This means they’re delivering about half the amount of sperm to their partners and drastically lowering their chances of conception due to the poor morphology and mobility of their sperms.

Morphology, or the shape of sperm, makes it challenging to conceive, and using marijuana regularly changes the size and shape of sperm.

Studies have also shown that marijuana has a negative impact on a man’s sex drive. This is due to the fact that the herb will initially increase testosterone and other sex hormones, and then cause them to drop suddenly and dramatically below normal levels.

This drop leads to a lower sperm count by an average of 29% compared to that of non-smokers.

To get a better picture of the problem, a recent study took sperm samples from 318 men who regularly smoke marijuana, and only 4% of the samples contained normal and healthy sperm.

The effect of marijuana isn’t only found in the fertility of men. Marijuana smoking women have a high concentration of THC – the active ingredient of marijuana – in their reproductive organs’ fluid.

When sperm comes in contact with the THC in the female’s body, it has the same effect on sperms as if the male is marijuana smoker; the sperm becomes hyperactive and burns out too quickly.

In other words, the sperm gets high when they come into contact with a female’s cervix when the female has recently smoked marijuana. In effect, her habit changes his sperm and lowers their chance of conceiving.

Due to these findings, it’s highly recommended that both male and female partners should avoid marijuana.

Should you get pregnant despite the lower chances of conception, you should immediately stop smoking marijuana, as it’s been found to lead to a higher risk for premature birth and dangerously low birth weights.

The good news for couples trying to conceive is that a male’s sperm regenerates in 74-day cycles, so fresh and healthy sperm is just a few weeks away if changes are made today. 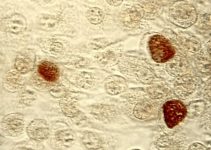 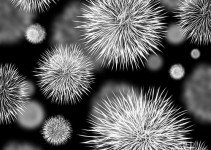 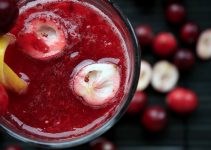