Female fertility is an area of tremendous importance and ongoing research, as countless women try to conceive but are simply unable to do so. There are plenty of high-tech, expensive methods for achieving conception like in vitro, fertility counseling, and others.

However, many women are not aware of a more affordable option which is definitely worth investing in prior to getting involved in complicated and expensive fertility methods. An ovulation predictor is an ingenious, easy to use device which can help women anticipate their most fertile periods, which may lead to a greater change of conceiving.

These kits measure the level of luteinizing hormone (LH) present in your body. A strong surge in LH occurs just before ovulation, so this is a very reliable indicator that a woman is approaching her most fertile state. [1]

Ovulation predictor accuracy is relatively reliable, however, bear in mind that it is possible for a woman’s body to experience an LH surge without releasing an egg. That being the case, an ovulation predictor can sometimes return a false positive result.

IS AN OVULATION PREDICTOR KIT RIGHT FOR YOU?

These kits are especially helpful for:

Using an ovulation predictor has a number of benefits. First of all, the kits can be used in the privacy of your own home, saving you time and money that may be spent on trips to the doctor or a fertility counselor.

Many women who are trying to conceive try using what are known as ovulation calendars. These are a somewhat “low-tech” way to track fertility and the best times for trying to conceive. Women use an ovulation predictor calendar to manually keep track of the start and stop dates of their monthly cycle.

After a few months, women can deduce the trend and the most likely timing of their next cycle, and can use that information in determining when their most fertile period will be.

An ovulation predictor provides a much more sophisticated way of doing this. By simply urinating on a stick and inserting it into the included machine, the monitor will display your level of fertility, no matter what stage of your menstrual cycle you are in. Again, this is made possible because the monitor simply gauges your LH level.

For women with regular cycles, these are a great benefit since it does not require daily handwritten charting. For those women whose cycle is somewhat irregular, ovulation predictor kits are a godsend, since they can be used instantly to determine the level of fertility.

Irregular cycles would be very tedious to track in a traditional ovulation calendar.

DOWNSIDES OF AN OVULATION PREDICTOR KIT

An ovulation predictor kit also has its shares of disadvantages, something couples trying to conceive should be fully aware of.

It does not test for ovulation.

While a predictor kit measures a surge of LH that indicates a potential ovulation, it does not confirm that you are actually ovulating.

A luteinized unruptured follicle syndrome (LUFS) can still occur even after a surge of LH. This is a condition when an egg fails to emerge from its follicle.

It does not indicate fertilization conditions.

For a sperm to swim through and fertilize an egg, the cervix must provide a fertile environment. This is characterized by the cervical mucus produced mid-cycle that is clear and elastic or with the consistency of an egg white.

It would have been great if a predictor kit can monitor the conditions of a cervical mucus so you will know that your cervix is conducive to fertilization. Unfortunately, the kit does not work this way.

It can be affected by certain fertility drugs.

If you are using Pergonal or other injectable fertility drugs, the ovulation predictor kit will become less reliable. In this case, you’ll have to sacrifice one for the other. [2, 3]

Its consistency is questionable for women over 40.

Because women at this age or those approaching menopause show increased levels of LH, any tests done using the predictor kit becomes invalid.

The chances of you getting pregnant with the help of the kit are pretty slim.

Ovulation predictor kits are an investment for the simple fact that that cost of one kit can range between $15 and $50. Since the chances of success with just one test are small, there is a need to use more than one kit, which is good for only a single cycle.

Now calculate how much you are likely to spend until such time you conceive.

WHAT ELSE DO YOU NEED TO KNOW?

Test results can be affected by:

Between urine-based LH tests and salivary ferning tests, the former is 99% more accurate in detecting the surge of LH before ovulation.

Salivary ferning tests are not advised for use by those with poor eyesight.

If you are in the market for an ovulation predictor, be sure to check out Amazon.com. By using Amazon, you can read the reviews of many other women who have used the product, helping you determine which is best for you. What’s more, by shopping on Amazon you are almost certain to save on your purchase. 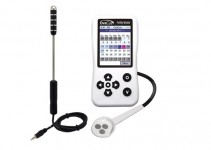