Every month, a woman has a menstrual cycle as the body goes through changes in preparation for the likelihood of pregnancy. An egg is released from an ovary each month during ovulation and hormonal changes will get the uterus ready at the same time for pregnancy.

The uterus lining will shed through the vagina if ovulation occurs and the egg is not fertilized. This is the menstrual period. Are two menstrual cycles in one month possible? Read on below if you want to know the answer to this question.

First of all, menstrual bleeding will most commonly occur two times in a calendar month when a normal period starts on the first or second day in the month and another occurs at the very end.

This happens because the length of the normal cycle ranges from twenty-three to thirty-five days, thus allowing two periods to occur in the same month, which is perfectly normal.

However, most women are not referring to this occurrence when they are talking about having their periods twice in a month. In most cases, women are referring to when they are menstruating every two weeks or more, which is less than the twenty-three day interval that falls in the normal range.

When the uterine lining thickens abnormally, this can also cause the period to come twice in a month. This thickening could result from hormonal imbalance or from using estrogen medication without one with progesterone.

High levels of Estrogen will cause the uterine lining to burgeon and become lush and thick, whilst the low levels of progesterone will cause shedding of the inner layer. There must be a balance between the two hormones to ensure moderate and regular periods.

If anything disrupts the hormonal cycle which leads to ovulation and menstruation this can lead to periods coming too often or missed periods. Frequent periods which are caused by hormonal imbalance often affect women who are close to menopause.

Fibroids or polyps can cause irregular menstrual periods as well. In this situation, the projection of the tissue which protrudes from the uterine lining is less stable, so it is more likely to shed at the wrong time.

In addition, polyps and fibroids on the surface of the uterine lining will often result in heavier and prolonged bleeding.

You should consult a gynecologist or your personal doctor if you are seeing monthly periods less than twenty-three days apart. The medical professional might do a blood test to examine your hormone levels, an ultrasound scan to rule out polyps or fibroids, or a biopsy to determine if your uterine lining is thickening abnormally.

In most cases, frequent bleeding is a minor condition, but the problem could be more serious at times and excess bleeding could cause anemia. It is always a good idea to investigate periods which are occurring too often.
Image: Bigstock 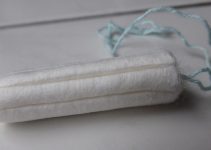 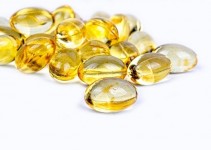