Fibromyalgia is a chronic condition that causes constant fatigue and pain for many women. Although the connection between fibromyalgia and the menstrual cycle has not been readily proven, there are several studies that have linked the two together. For women who have fibromyalgia, they may notice a difference in the fluctuation of their symptoms around and during the time of their menstrual cycles.

First of all, what is fibromyalgia?

Fibromyalgia is a common chronic musculoskeletal condition that is characterized by widespread muscle and join pain, and fatigue along with other symptoms. The syndrome has a set of symptoms that can exist or occur together, such as anxiety or depression, decreased pain threshold, incapacitating fatigue, and widespread pain.

A typical sign that you may have fibromyalgia is crippling tiredness, and a combination of the various symptoms listed. Your muscles will feel overworked and tired without exercise, and can exhibit signs similar to osteoarthritis, bursitis, and tendinitis. The symptoms associated with fibromyalgia can affect your period cycle as well, due to their link to certain hormones.

Effect on the Menstrual Cycle

Fibromyalgia’s effects on the menstrual cycle are individually dependent on each woman, since each woman may experience different symptoms of both fibromyalgia and their period. Oftentimes, the onset of the menstrual cycle may cause symptoms of fibromyalgia to flare up or increase in severity. This includes worsening widespread pain, fatigue, memory problems, headaches, and difficulty falling asleep. Flare ups can be uncomfortable and painful for women affected, and can cause a disruption in everyday life.

People with fibromyalgia may also experience worsening menstrual symptoms as a result, such an increase in mood swings and dysmenorrhea, which is categorized as severe menstrual cramping.

Since fibromyalgia heightens a person’s pain sensitivity, they will be especially prone to developing this menstrual condition. Women may also experience headaches and nausea.

During ovulation, estrogen peaks and the brain releases several hormones that may trigger certain fibromyalgia symptoms.

Studies have explored the effects of the menstrual cycle on symptoms in women who have fibromyalgia, and have revealed that more woman with the condition experience heightened menstrual symptoms, pain, and irritated moods in comparison to healthier women.[1]

Since fibromyalgia has been linked to the role of growth hormones and female sex hormones, the presence of this condition can have an effect on a regular menstrual cycle and cause a disruption in the period’s normal cycle.

Premenstrual syndrome may also increase in severity as a result of fibromyalgia. An increase in fatigue, food cravings, cramping and irritability are all possible, although it depends on the individual woman since each person experiences PMS symptoms differently. During the days leading up to periods, estrogen levels are at their lowest which causes women to have more sensitivity to pain before and during their period.

In the days following the period, many women reveal that their fibromyalgia symptoms typically lessen as their period finishes up. This could be because less hormones are there to trigger any unwanted symptoms or aches that are commonly associated with the condition. Fibromyalgia may act up in different ways at different phases of the cycle, but it is also uniquely dependent on the person.

The exact cause of fibromyalgia is unknown, although some theories suggest a link to issue with hormone regulation, which ties back to women’s reproductive system. Since the regulation of menstrual cycles are sensitive to body changes, it is not a surprise that fibromyalgia has an effect on periods.

The best way to find relief from fibromyalgia pain during menstruation is to treat symptoms and continue following treatment. It is recommended to keep taking the fibromyalgia medication throughout the menstrual cycle to maintain a consistent treatment method, and also include non-steroidal anti-inflammatory drugs such as aspirin or ibuprofen to provide pain relief. Another way to remedy symptoms is to take birth control pills. Women who take estrogen-based birth controls have reported experiencing fewer fibromyalgia symptoms.

Exercise is also another good way to lessen the severity of menstrual symptoms. Increasing the level and frequency of exercise is a good way to lessen symptoms of exacerbated menstrual pain, which can also help women who suffer from fibromyalgia symptoms as well. Beta-endorphins, the chemicals released during exercise, work as natural pain relievers. 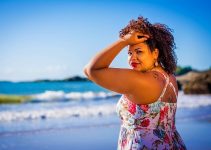 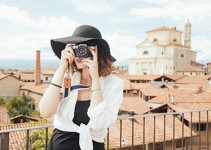 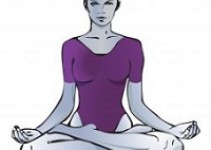