Abortion occurs when a pregnant woman decides to undergo a procedure in which the fetus or embryo is removed before it can survive outside the uterus, thus ending the pregnancy.

Abortion procedures are a safe medical practice when allowed by the law in a developed world. When performed legally and safely, they have no long-term health effects on the patient.

The practice of abortion in different countries is dependent on the local law, as well as cultural and religious views of the population. In some places, abortion may only be considered legal in certain causes, such as rape, health problems with the fetus, poverty, health risks, or incest.

The procedure, availability, and cost of abortion vary among countries depending on the local laws, medical practices, and the individual state.

In the United States, there are two kinds of abortion offered: in-clinic and the abortion pill. Abortions are available at many Planned Parenthood health centers, clinics, and offices of healthcare providers. Abortions can cost up to $1,500 in the first trimester, although it is often less, and it usually costs more for a second-trimester abortion.

Costs vary depending on the length of pregnancy, where you get the procedure, and the type of procedure you get done. The abortion pill can also be offered at Planned Parenthood health centers, clinics, and private offices, and can cost up to $800 or less. Additional costs may be factored into tests, visits, or examinations that accompany it.

Abortion services in Canada are offered up to 12 weeks of the pregnancy, and sometimes more depending on the territory and its local laws. The cost of abortions is covered by the individual’s health plan at hospitals or clinics, and in some places, the medical plan can extend beyond the allotted time in other facilities.

In some cases, only surgical abortions are covered while the cost of medical abortions is not. If you do not have an insurance plan or coverage, abortion procedures typically cost between $450 and $900, depending on how long the patient has been pregnant for.

In the UK, an abortion can only be performed during the first 24 weeks of pregnancy under specific criteria, such as the practice taking place in a hospital or clinic and the risks associated with the pregnancy.

Abortions performed after 24 weeks may be considered under extenuating circumstances that include high risk of the endangerment of the woman’s health. The cost of a private medical or surgical abortion will vary depending on the gestation period, body mass index, and type of treatment being administered.

Typically, the medical abortion pill costs about 546 pounds and surgical abortion costs anywhere from 644 pounds to 2,040 pounds, depending on the gestation period and type of sedation administered. Abortion aftercare service is offered for free. The fees associated include the initial consultation visits, which are either done face to face or on the phone.

In Australia, the abortions performed are typically medical and surgical, and the choice of the method along with gestation of pregnancy is a determinant of cost.

Each state in Australia has its own protocol of costs for either medical or surgical abortions, and the factors that may influence cost include the state and clinic location, age of the pregnancy, the method used, and availability of private health insurance. Medicare rebates can also affect the cost of abortion for the patient.

Medicare, a publicly funded universal healthcare for Australians, can often fund most of the abortion costs, although you may still be required to pay some of the additional costs of services. In some cases, Medicare may cover the entire cost of the abortion.

In New South Wales, abortion fees can range from $300 to $800, and this is typically the range in which you see the various costs for abortion across all states.

In all, costs of abortions vary across countries depending on a variety of influencing factors. Typically, abortion costs are determined based on the length of pregnancy, availability of health insurance coverage, the method used, and the state in which the procedure is performed.

Some countries may include travel and accommodation costs for people who are traveling in order to get an abortion legally and safely. In any case, abortions are not cheap, and it is smart to determine the best course of action to take when deciding to get an abortion and where. 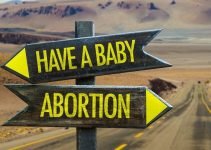 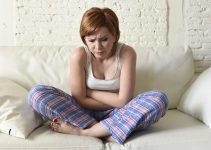