Pregnancy is a blessing for most women as they have the ability to bring a new life, their own flesh and blood, into the world. However, some women are afraid of getting pregnant because they don’t want the added responsibility of caring for a child.

If you fall into the latter category, you might find that you are experiencing symptoms of false pregnancy because you are taking the signs too seriously. Keep reading as this article will tell you about false pregnancy and how to recognize it.

What is False Pregnancy?

Pseudocyesis, commonly called false pregnancy, is a medical condition that causes a woman to think that she has conceived. It normally happens based on a woman’s belief and longing to be pregnant, but at times it’s believed to be just a psychological matter. In general, women with pseudocyesis usually have intense desires to become pregnant or dread the thought of it happening and would constantly look for signs. When this happens, the body will send out pregnancy signs because of their emotional state and increased production of hormones which causes the physical changes that would occur in an actual pregnancy. In this case, the brain would misinterpret the signs as pregnancy.

How to Recognize False Pregnancy (causes, signs and tests)

It’s very important for you to be able to differentiate a real pregnancy from a false one because you could experience several physical symptoms even with the latter as mentioned above.

Doctors have only started to understand the physical and psychological issues which trigger pseudocyesis, so the exact causes are still not known.

Some doctors think that psychological factors, such as the inability to conceive or the trauma of a miscarriage, can trick your body into believing that it is pregnant. There are some researchers who suggest that poverty, relationship problems, childhood sex abuse, or lack of education may help to trigger false pregnancy.

Signs and Symptoms of False Pregnancy

If you have pseudocyesis, you can experience most of the same symptoms of an actual pregnancy. The symptoms or signs can last for a few weeks, nine months or, in some cases, several years. There are a very small percentage of women who actually arrive at the hospital or doctor office with labor-like pains.

Abdominal distension is most common symptom experienced by women (63-97%) and she is convinced that she’s pregnant. The abdomen expands in the same manner as it does during pregnancy, so that the affected woman looks pregnant.

This phenomenon is thought to be caused by buildup of gas, fat, feces, or urine. These symptoms often resolve under general anesthesia and the woman’s abdomen returns to its normal size [1].

Cessation of menstrual period  (56–98% )is a common pregnancy sign that women experience with pseudocyesis. This can be caused by stress or some other external factors.

Tenderness or enlargement of breasts, change in your nipples, and even milk production are other signs. The enlargement can be a natural growth or because of issues related to menstruation or hormones. You could also have cravings for some odd foods because of hormones and it’s not necessarily a pregnancy sign.

Morning sickness accompanied by vomiting and nausea is also a sign of false pregnancy, but it can be associated to hormones as well. In addition, you will be more vulnerable to nausea and disease if you are nervous or stressed with a weakened immune system.

Other signs include weight gain or feelings of fetus movements.

The best way to know whether or not you are pregnant is to do a blood test at a health clinic. These facilities usually give very accurate results. If you get a positive test, then you are likely to be pregnant.

On the other hand, if your test result is negative and you are still convinced that you are pregnant, your only option is seek therapy and counseling as this will be the only way for you to resolve the problem and get over your pseudocyesis state.

In order to determine if you are experiencing symptoms related to a false pregnancy, your doctor will evaluate the symptoms as well as do an abdominal ultrasound and a pelvic exam. These are the same tests that your doctor would use to feel and envision the unborn baby in a normal pregnancy.

Bear in mind that the ultrasound will not show a baby if you have a false pregnancy. There will not be a heartbeat either. However, there are times when doctors find some physical changes which occur in pregnancy, including a soft cervix and an enlarged uterus.

In such cases, the urine pregnancy test results will always show negative, with the exception of some rare cancers which produce hormones similar to the pregnancy ones.

Some medical conditions could also mimic the pregnancy symptoms, including morbid obesity, ectopic pregnancy, and cancer. Your doctor would do the necessary tests to rule out those conditions.

After reading the above information you should have a better understanding as to what is false pregnancy and how to recognize it.
Image: Pixabay 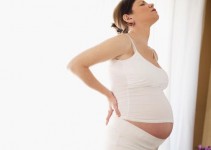 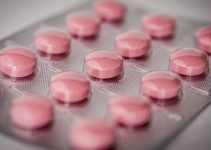 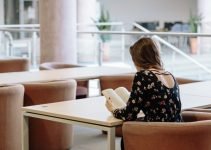