The onset of a girl’s menstrual cycle is an important moment in her life. It is a clear line of demarcation between childhood and adulthood, even when the girl doesn’t necessarily feel like an adult yet! It can certainly cause a lot of anxiety for the girl and her parents.

Historically, it has been a fraught moment for girls because it signaled that they were fertile and could be married off. Today we live in a culture that is hypersexualized and it can feel threatening to parents of young girls when they reach that threshold.

Parents need to handle informing their daughters of the facts surrounding the menstrual cycle and telling them what they need to know about human sexuality and birth control.

What could cause them more anxiety than that is if their daughters were getting their periods at an even earlier age than girls used to in the past, and that is exactly what is happening. Girls are going through the onset of puberty at an earlier age than ever.

Why is this happening?

What factors are contributing to the early onset of puberty among girls in the United States? Can we do anything about it? We should be asking those questions because early puberty has real consequences for girls.

The early onset of puberty affects the way girls are socialized at a critical time in their lives. It forces girls to deal with sex and the possibility of pregnancy before they are ready.

One of the most commonly cited causes of early menstruation in girls is diet. There are thought to be two reasons why diet causes the early onset of puberty in girls in the United States. The first has to do with the hormones and chemicals in foods.

The argument is that food in the United States is laced with artificial chemicals and hormones and that we feed way too many antibiotics to the animals we raise for meat in an effort to keep them healthy and make them grow faster and larger.

Those foods are then consumed by girls. The artificial hormones, the chemicals and the antibiotics in those foods disrupt the delicate balance of a young girl’s endocrine system and accelerate puberty.

The second reason why food in the United States is thought to be implicated in the early onset of puberty is the amount of fat and sugar we consume. It is typically far more than in other parts of the world.

Chemicals in the environment, the air, and in our drinking water are thought to be another culprit. We live in an environment awash in plastics. Flame retardant chemicals such as polybrominated biphenyls (PBBs) have been proven to be endocrine disrupters that can bring on puberty early.

Because industrialized nations with a history of factories have more of these kinds of chemicals in the environment, it affects the average age girls go through puberty.

Oddly enough, there might be a positive reason for girls going through puberty in the United States that somewhat contradicts the other findings of diet playing a role. There is a school of thought that suggests better nutrition and better healthcare allow for earlier maturation.

This seems backed up by the fact that the inverse can be true. Poor nutrition delays physical development among children and can have a negative effect on fertility.

One final social explanation has been suggested. Some psychologists, sociologists and anthropologists have posited the idea that early puberty is caused by a large number of homes without fathers and without proper nurturing.

The idea is that the absence of a father in the home sends a signal that the environment is unstable and that there is a shortage of males. This triggers early menstruation as a way to attract a stablemate and increase the odds that the girl will reproduce.

It is even thought that a difficult and combative relationship between mother and daughter might trigger early puberty because the daughter’s body is preparing her to find a mate and leave the hostile environment as early as possible.

It should be noted that there is more empirical evidence that food and toxins in the environment have more to do with the early onset of puberty than these social theories.

Overall, the consequences of early menstruation are serious enough that we should think about how we can remove the chemicals, antibiotics and artificial hormones from the environment. 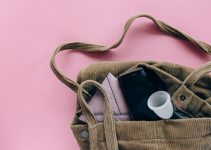 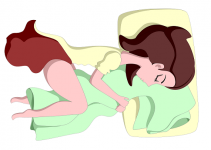