When teenage girls transitions to adults, this period is usually difficult for them as well as their parents. This is because they are struggling with emotional and physical changes.

One of the less obvious and more important changes is the first menstrual cycle that is linked to hormonal alterations during puberty. Keep reading to know more.

The first menstruation or menarche normally occurs closer to the age of thirteen, but it could also happen earlier at age nine or later at age fifteen. This is actually an internal uterine lining that is shed through the vagina monthly and it is commonly called a period.

Basically, the ovaries receive signals from the pituitary gland, which in turn is stimulated by the hypothalamus, to start ovulation. When a mature egg is released it can be fertilized by a sperm to produce a baby or disintegrate in absence of fertilization to leave from the body during the menstruation period.

Even though most females don’t look forward to their first menstrual cycle, this is actually a sign that they have a healthy and normal reproductive system. First menstruation indicates that you are blossoming into a woman.

It is difficult to determine when the first period will start because it depends on the female’s physical development and hormone levels. A typical period can last anywhere from 2 to 7 days. Throughout a menstrual period, the body might discharge as much as one cup of tissue and blood gradually.

It’s normal at first for females to notice inconsistent discharge from their vagina as well as irregular period throughout their first menstrual cycles, but this will change eventually to become more regular at every twenty-eight days or so.

In the first one or two years, the first menstrual cycle might not be regular and might not come sometimes. Besides that, periods can be difficult to predict if the female is underweight due to excess stress, exercise, dieting or too much weight.
It’s also worth mentioning that most females experience some amount of discomfort while menstruating. They may have cramps when their uterus contracts. The cramps from period usually vary in intensity and will come with some pain that is manageable.

Some women will experience intense cramping with every monthly period whilst others will not feel a thing. It’s easy to buy over the counter pain medications to help treat menstrual cramps and pain. A doctor might be needed for severe cramps during period.

In addition to the first menstrual cycle, the female body will undergo other changes such as the development of breasts, underarm hair, pubic hair, and wider hips at the onset of puberty.

As a final thought, first menstruation also means that a teenage girl can get pregnant if she engages in sexual intercourse. 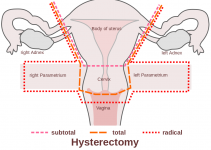 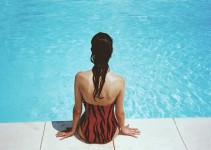