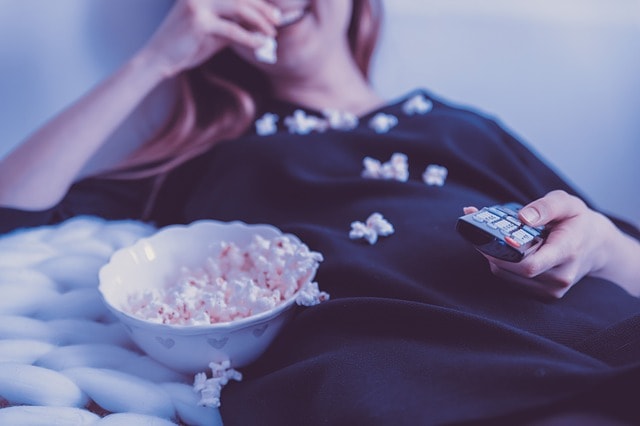 Congratulations, you are now a mom-to-be! Pregnancy may be a natural process but is surreal. There is a baby growing inside you! Stop. Just think about it.

Being pregnant is one of the hardest tasks-, which means you definitely deserve some hours on the sofa. So grab the pillows, snacks, remote, and then press play.

Nevertheless, watching some romantic movies can be daunting. Imagine watching a woman in a leading role getting all mushy and lovey-dovey when your entirely tired mind can only think of the baby.

It is equally important to get breaks from Telenovelas and watch movies that relate to and help you enjoy your pregnancy.

Pregnancy movies will take you on a roller coaster from on-screen moms bitching about hemorrhoids to moms seducing the obstetrician.

Whether you are looking to learn, laugh or cry; here are some of the best pregnancy movies to watch.

What to expect when you are expecting

Plot: Five different couples experience the difficulties of pregnancy and the nuances of starting a family. This movie explores the wild mood swings and hormonal changes.

This movie also lays out the hectic life of juggling both work and pregnancy. More importantly, the movie highlights many family feuds.

Watch out for: The drama this cast causes blows other movies out of the water. What about the plot twist? Father and son take their wives’ pregnancies into a competition.

Be on the lookout for professional rivals that must overcome their rivalries before childbirth.

Then there is the unending drama of the famous couple whose fame and parenthood is hanging by a threat. Lastly, you will learn how the pregnancy hormones can overwhelm an author.

The movie cast is rich with A-list stars like Jennifer Lopez and Cameron Diaz. These A-list stars are like the cherry topping on a muffin. These actresses bring their A-game to this movie.

Punchline: You learn that life and pregnancy are anything but predictable.

Plot: The movie shows Mollie’s tribulations as she balances being a good mother and finding a good father-figure for her son, Mikey. This is after her man takes to the wind with another woman, leaving Mollie alone.

The plot thickens when Mollie falls for James, a taxi driver who is also a wannabe pilot. For obvious reasons, James is an unlikely suitor for her.

Watch out for: This movie does not center solely on the pregnancy. Rather, it explores babies first year of life the movie takes a divergent form by allowing the viewer’s privy to the baby’s point of view.

Reported through a voice-over, the idea of getting into the baby’s mind is quirky, humorous, and unique. Throughout the movie, Baby Mikey delivers cynical and satirical points. The baby voice-over by Bruce Willis also delivers dialogues and clever punchlines associated with the 80s.

Punchline: The story hinges on the aftermath of pregnancy and how parenthood interconnects parents involved.

Plot: Kate, a successful single executive wants to have a baby but discovers she is infertile.

She then hires Angie, a dead- broke surrogate with loose morals, to carry her baby. Angie ends up moving in with Kate and become an odd “couple”. The two argue about everything to do with pregnancy.

However, Kate’s foolproof deal is blown to bits when Angie, the surrogate, is pregnant but not with Kate’s baby.

Watch out for: Kate trying to transform Angie into a decent mom-to-be is funny but very relatable.

Another highlight is Angie’s satirical tricks that deliver most punchlines. For example, Angie’s uses the picture of a squirrel to pass off as the baby’s ultrasound.

Punchline: A great mum does not have to be perfect.

Plot: Babies is slightly an hour-long documentary on the lives of babies. This whimsical documentary demonstrates the lives of four babies across different cultures: Japan, Mongolia, Namibia, and America.

Watch out for: The documentary starts at birth and follows the adorable lives of the four babies. This gives an intriguing view of how different babies around the world experience life.

Though the video has no dialogue, the picture quality is excellent. The mischievous Mongolian baby is particularly captivating. You must watch him with your BFFs, they will be captivated.

Punchline: Despite the geographical and racial backgrounds, babies will always be the same.

Plot: Although the storyline is obvious, the movie is extremely hilarious. Upon a well-deserved promotion, Alison hits the nightclub in a celebratory quest.

She meets Ben Stone and ends up ‘knocked up’ in a one-night-stand. They do not use a condom and two months later Alison realizes she is pregnant.

The two would-be-parents hookup and decide to have the baby. Untold to them, the pregnancy is not an easy path.

Watch out for: There is a lot to learn from this movie; from the morning sickness vomiting to the unprepared father who knows nothing about the pregnancy.

While half prepared, the couple is clinging to a birth plan. Watch how keeping the baby is easier for Alison but figuring if Ben will be a good dad is much tougher.

Punchline: In pregnancy and parenting, the best stuff happens off the pregnancy plan.

Plot: The first five months of Verona’s pregnancy are smooth. On the sixth month, Burt’s parents, Jerry and Glory, drop a bombshell that they are moving to Belgium, a month before the baby is due.

This eliminates the Burt and Verona’s obligation to stay in Colorado. Burt and his pregnant girlfriend- Verona- go on a mission to find the right place to raise their kid.

The cross-country road trip across Madison, Montreal, and Phoenix helps them discover that home is where the heart is.

Watch out for: This comedy-drama movie has interesting characters showcasing some parenting stereotypes. You will experience different kinds of mums and their parenting styles.

This film takes you from a brainy mum that attempts the ‘continuum home; to the tough-spitting Lilly reprimanding her kids, and to the heartbroken mum who is mourning her fifth miscarriage.

Punchline: Home and family are what you decide to make of.

Plot: To save her career from being fired, Thea Clayhill, the secretary of an arrogant publisher fakes pregnancy.

This reckless woman steals a baby bump from a mannequin and uses it to fake her pregnancy. She carries this charade as she decides on the next move for her career.

Soon, she is comfortable with the illusion she successfully creates and starts to enjoy the special treatment that comes with the pregnancy

Watch out for: How the main actor is carried away with the pregnancy. She enjoys the pregnancy to the point that the fake pregnancy becomes ‘real’ in her head.

Punchline: Pregnancy may come with a sense of entitlement. As Pregnancy lets, you get away with so many things.

Plot: Jenna is a waitress living in a small town. Unfortunately, her marriage is on the rocks.

She opts to bake delicious pies with quirky names to get her mind off her awful marriage.

When she finds out that she is pregnant, by her husband, she plots on how to get away from her abusive marriage.

She then participates in a pie-baking contest in hope that she will raise enough money to fend for herself.

However, the plan goes awry when she falls for her married obstetrician. In preparations for the pie contest, she realizes she is pregnant.

Initially, she harbors negative vibes on the pregnancy but slowly becomes attached to the future daughter.

Watch out for: The movie is laced with lots of humor. “Bad Baby Pie” … is one of the hysterical names of Jenna’s yummy pies that will get you laughing.

watch this movie to find out if this mom-to-be finds happiness or not. This is a whimsical and thrilling film that highlights the sensitive topic of domestic violence and abuse.

Jenna’s reaction to the impending parenthood will blow your wits away. Her journey being dragged into motherhood while kicking and screaming gives hopes to those who are freaked about being first-time parents.

Punchline: You do not have to have a smooth pregnancy to be a fantastic parent.

Plot: The Saved movie centers on the premise of pregnancy story at hand. A submissive high school girl ends up pregnant with her boyfriend.

The story centers on the ‘good girl’ Mary and her domineering best friend Hilary Faye in a senior high Christian school.

It all rosy until when Mary’s boyfriend reveals that he is gay. Hillary and her clique of mean girl’s gang up against her.

As an outcast, Mary finds herself isolated until she befriends pariahs. The odd faction of outcasts bond and navigate the treacherous school halls, ultimate learning the ironical meaning of ‘being saved’.

Watch out for: How the movie tackles the controversy of pregnancy onscreen. The baby critics blend the teen comedy with the more serious matter.

Interestingly, the plot centers on not only pregnancy but also the controversy associated with moral and religious overtones involved.

Punchline: Religious prejudice may rain in your parade if you are a pre-teen mother.

Inevitably, these movies will help you learn what is to come. The above selection of movies will definitely be your BFFs during pregnancy.

Ultimately, when watching the pregnancy movies it is really important not to listen to so many fads. You will find what works for you.
Image: Pixabay 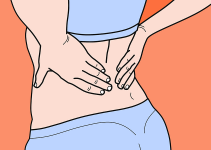 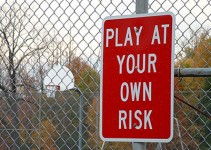 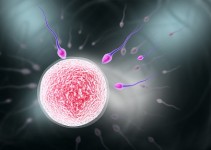 Lilian is a firm believer that the best words create clarity, expression and add life to a message. She loves camping and is a wine connoisseur. Her mantra being, "fear shouldn’t make us immobile".