Even as young as few months old, babies can benefit from toys. But as a new parent, it’s never an easy task to choose the best toy for your child.

When you try to consult your friends, each one of them will give you a different opinion. Of all the widespread toys for babies, Exersaucer and Jumperoo top the list.

And once more opinions differ on which is the more suitable as a play toy. But do you know what each of them looks like?

An Exersaucer gives the child a comfortable seat from which a child can swivel around. At the same time, the child has a variety of toys placed on a perimeter table around her.

With some toys hanging and others just on the table, the baby will be tempted to swing and stretch to reach the play items.

The best example of what we are talking about is the Evenflo Exersaucer.  The type and number of play items featured by an Exersaucer differ from model to model.

A Jumperoo, on the other hand, also has a comfy seat surrounded by diverse colorful play items. However, unlike an Exersaucer, its seat permits the baby to swivel round and also jump up and down freely.

It’s the fact that the seat rivets to elastic straps and thus allow the occupant to bounce up and down. You can have a clear understanding of what we are talking about by having a look at the Fisher-Price Animal Activity Jumperoo.

So What are the Similarities Between the Jumperoo and Exersaucer?

At a glance, you will realize that the two share many features as highlighted below;

One of the core features of the two is that they offer a stable and supportive base for the child. Both the seat and base of the cutout table feels balanced. So, as the child swivel or bounces, the whole unit supports her without any danger of falling. But remember that each model has a requirement when it comes to the baby’s height and weight.

When you look at Exersaucer and Jumperoo, you realize that each has a set of diverse play items. The play items take the shape of different animals, different sounds, and even lights. It is such a combination that thrills the young brain to explore her environment.

The two play items allow the baby to assume an upright position. Nevertheless, as mentioned before, Jumperoo makes it possible for the baby to bounce up and down effortlessly.

Owing to their sizes the two play items require a significant amount of space from your room. Thus it’s good to know a rough estimate of the area you can avail for them.

The truth is they have a couple of vibrant toys, amusing lights, and sounds. But most parents who have used them attest that an Exersaucer abound in more play items than the Jumperoo.

When you compare the design of the two, you’ll realize that the Jumperoo makes it easy and more comfortable for the baby to move up and down. Though a child can struggle to bounce in an Exersaucer, it isn’t that easy.

From most manufacturers’ instructions on when and how to use a Jumperoo, most agree that so long as the infant can self-support the head, they can begin to sit on a Jumperoo.

On the other hand, an exerciser requires an infant to assume a standing position and the feet to rest on the ground. Thus it might take more time to achieve that height.

But it’s important to note that babies’ heights vary, and so the Exersaucer models also.

From the package, you’ll need to carry out some assembly process. However, those who are not technically savvy, especially fathers, may find it challenging to assemble an Exersaucer. Fortunately, each comes with a manual to aid you and set it up correctly.

How Do You Know Your Baby is Ready to Use a Jumperoo and an Exersaucer?

It’s vital to introduce your child to a Jumperoo or Exersaucer at the right time. When you do that prematurely, it won’t help but instead stand in the way of healthy development.

On the same note, here are the key factors and features to help you know your child is ready to use either of the two toys;

Both the Jumperoo and Exersaucer require the occupant to have the ability to assume an upright posture without any external aid. So before you think of positioning the child to a Jumperoo, ensure she can sit and self-support herself in an upright comfortable posture. The child must have the ability to maintain the correct head posture and an upright back.

Your baby should first develop adequate strength in the legs before you introduce her to the Exersaucer. You can test that by supporting her by the hands and how much strength she puts on her legs. If she can support herself on two legs comfortably with little assistance from you too, then you can introduce her to an Exersaucer

Your child will only benefit from using the Jumperoo and Exersaucer if she has learned to stretch out her hands to reach for other items. Most babies develop such ability at the age of about 4 or 5 months. It’s only then that she will be thrilled by the vast majority of the toys displayed in front of her.

And What are Their Benefits?

As play toys, Jumperoo and Exersaucer have the following importance;

Even babies do require light exercising of their body parts. Otherwise, eating and idling all day long makes the infants dull and uneasy.

The Jumperoo and Exersaucer provide a suitable setting and stimulation for the baby to stretch the hands, legs and engage in physical exercise.

Doing that promotes the healthy development of muscles, as well as brightening their faces. Furthermore, the physical activities tire the children, thus, paving way for peaceful and quality sleep at night.

Every mom understands how babies districts even at very awkward moments. Sometimes you may need to concentrate on a task for a few minutes. When you have no baby sitter within reach, engaging play toys like Jumperoo become the next best alternative to keep your little one busy.

The Jumperoo and Exersaucer have a design that encourages the stimulation of the young mind. The striking colors, diverse sounds, and light all work together to stimulate the baby’s mind.

Having compared the toys and highlighted the key differences the core question is which one suits your baby most?

Both the Jumperoo and Exersaucer are beneficial toys for children. It all depends on getting a model that matches your baby’s weight and height. Besides, each child is different. The features that suit one infant aren’t what your little angel may prefer.

However, ensure you follow the manufactures instructions faithfully when using either of the toys! The toys shouldn’t take the place of a baby sitter. If you need a few toys that your baby is likely to love, give them a try.

Do you need to distract your baby for a few minutes as you prepare a meal? Compare the Exersaucer and Jumperoo and make the correct choice. 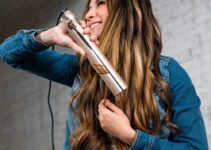 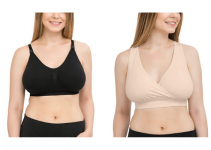 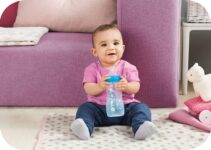