Cloudy urine is not a direct sign of pregnancy, as it may occur due to several reasons. However, in many women, it may be an early sign of pregnancy. This happens due to sharp hormonal changes leading to dehydration, higher risk, or even worsening of certain infectious conditions.

Since, in many women, some non-specific changes may occur due to pregnancy, it may serve as an early sign of it. But it is not a sign that one can count on to identify the pregnancy as cloudy urine may occur even when someone is not pregnant.

Cloudy urine is a reason to seek medical attention, whether a woman is pregnant or not. However, if one is expected or planning a pregnancy, then it is even a more significant reason to visit a doctor. 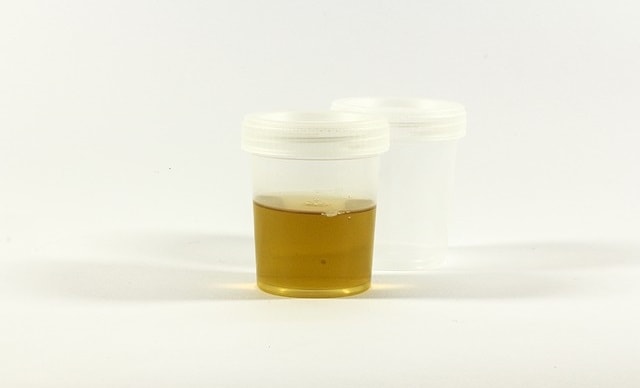 Cloudy urine may indicate a higher risk of pregnancy-related toxicity or the presence of infections that may be bad for fetal health.

Some of the common reasons for cloudy urine in pregnancy are:

Your body may be dehydrated

The most benign reason for cloudy urine. In some women, urine may become dark-colored or even cloudy on becoming pregnant. This may happen due to numerous reasons. In many women, the first trimester of pregnancy is especially difficult, and they frequently suffer from morning sickness, nausea, vomiting, leading to dehydration [1].

Some changes in urine color may occur even in the absence of any severe symptoms. During pregnancy, there are hormonal changes, and the body starts to retain water more—pregnancy results in a sudden and unexpected rise in the water needs of the body. However, many women are unable to keep up with this demand, resulting in cloudy urine.

This is a readily managed condition by just increasing the water intake.

Some women are known to be prone to recurrent urinary tract infections. Most cases are not as serious as the infection is limited to the lower urinary tract. However, it does lead to changes in urine color.

Although it is not a life-threatening condition, women should seek immediate medical help for the disease. Data shows that women with urinary tract infections are more likely to have a premature birth or a child born with lower birth weight [2].

UTIs also have other symptoms like burning sensation while urinating, change in odor, frequent urge to urinate.

UTI requires medical treatment. Among the natural remedies for preventing reoccurring UTI in pregnancy, cranberry juice could be an option. Cranberry juice is not only hydrating, rich in vitamin C; it is one of the proven ways to prevent recurring urinary tract infections. Studies show that it has no side effects for a mother or a child [3].

Every woman planning a pregnancy should have basic knowledge of this condition for its early recognition. It is a common complication of pregnancy, toxicity, that threatens both fetal and maternal health.

Preeclampsia is something that occurs late in pregnancy. Usually, its symptoms start happening after 20 weeks of pregnancy. It is a condition related to kidney disease, changes in urine, and leads to high blood pressure.

It is challenging to diagnose this condition early enough, and doctors are still to agree about its early signs. Some tests may help understand its risk. Studies show that some proteins and other compounds increase in the urine of such women much before symptoms occur [4,5].

It is still not known whether cloudy urine in early pregnancy could be an indicator of a higher risk of preeclampsia. Nonetheless, if someone had prolonged periods or urinary changes in early pregnancy, then such information is better shared with a doctor.

STIs or other infections

In some women, pregnancy may lead to the worsening of certain infections causing cloudy urine. Or in other cases, cloudy urine may indicate the presence of sexually transmitted infections.

Whatever, be the reason, one should seek medical attention for it. Cloudy urine may happen due to gonorrhea, chlamydia, and some other diseases.

Untreated STIs are risk of fetal health, and they are also associated with a higher risk of preterm birth [6].

Every woman is screened for STIs when known to be pregnant. Most STIs are readily treatable with medications, antibiotics. Early detection is necessary for the prevention of any complications.

Epidemiological data shows that 10% of the adults have renal stones, though many of them may not be aware of it. Pregnancy, in some cases, may lead to worsening of the condition. Those with kidney stones are at a higher risk of urinary tract infections. These infections are the cause of cloudy urine [7].

In the case of renal stones first diagnosed during the pregnancy, treatment choices could be difficult, as some treatment methods may be harmful to fetal health. Fortunately, most cases do not require urgent care, and stones may be removed or aggressively treated after the child’s birth [8].

In the case of cloudy urine, the doctor would ask for lab tests of urine. Most such checks would require the collection of a urine sample. Additionally, doctors may ask for some blood tests to understand the severity of infection and inflammation, and also to exclude systemic disease.

In the case of STI, there could be a need for specific gynecological tests. In some cases, it could mean taking a swab of the genital area.

To conclude, cloudy urine is not an exact sign of early pregnancy. However, in some situations, there may be a relationship. Certain urinary symptoms may be related to pregnancy.

Cloudy urine is rarely a sign of severe disease until or unless a person is living with severe kidney problems. There is a need for early treatment as some of the conditions may adversely affect maternal and fetal health. 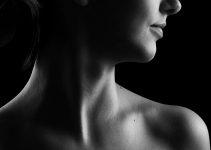